It hurts to see this poor thank-you for our efforts to make Salter Grove attractive.

While working on the nature trails on Tuesday, November 17th, a hawk flew right toward us, struggling to keep hold of a squirrel in its talons. It graciously posed for some photos, and then flew to a limb tangle where it was better able to pin the squirrel down for a feast. It must have been very hungry because it even stripped the fur off the squirrel’s tail, presumably to access the tidbits there.

An hour later, a large raccoon was spotted sleeping 35 feet up on a black oak bough, not far from the hawk’s feeding perch.

Then an immature bald eagle soared by over South Cove.

Finally, the same hawk was seen close up, feeding on another bird, but unfortunately the camera battery had died.

Salter Grove—who needs a documentary when you can see it live?

With the new playground and repaired causeway significantly increasing the number of visitors to Salter Grove, parking has become problematic. Cars were parked taking up two spaces, and traffic on the lawn was causing serious rutting and erosion.

With the blessing of the City of Warwick’s Highway Division, FoSG members and other volunteers painted 18 standard parking slots to restore order.

A car struck a tree on Narragansett Parkway on Sunday, November 8, then skidded down the embankment toward the pump house.

Just a hundred yards further north and it could have been children on the playground in the vehicle’s path.

So thank you FoSG member and state representative Joe McNamara and RIDOT for protecting our children.

Gotong royong is an Indonesian phrase that invokes the spirit of volunteerism, and refers to working together for the benefit of the community. That’s what happened during the past week as FoSG members and other civic-minded volunteers who can’t stand keeping still spread 35 yards of hardwood chips over the plantings around the playground.

Some of those plantings had to be replaced, following this summer’s drought. The thick mulch should help to conserve soil moisture and reduce weed emergence.

A light barrier reminds guardians to encourage their children to stay clear of the plantings, which are vulnerable to damage while their roots establish. With some help, they’ll look great in three years! 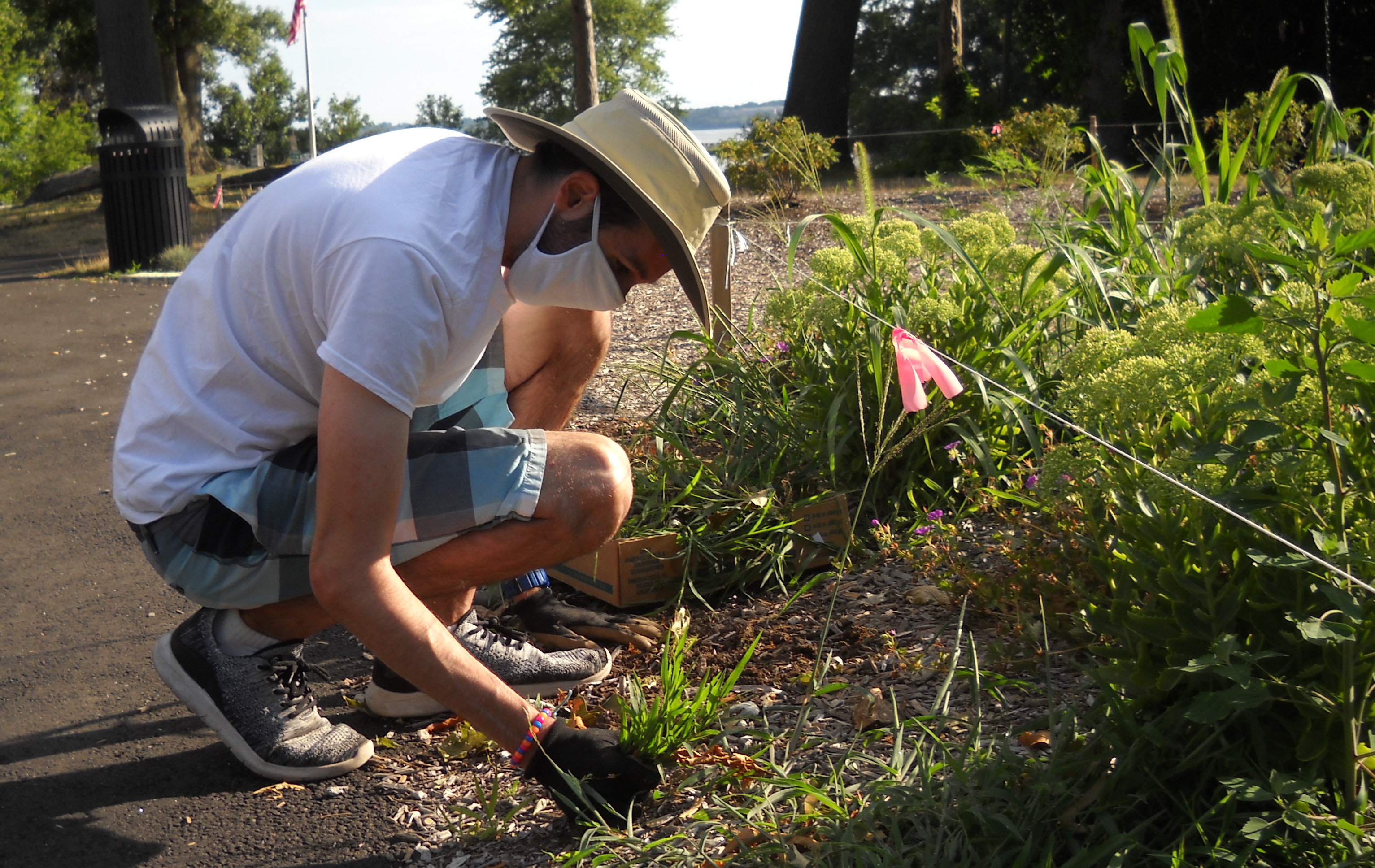 Given its small size, Salter Grove continues to amaze. The mindful weeding even uncovered two new plant species for the park—rough buttonweed and slender cotton weed. The park flora now includes at least 225 plant species in 78 families. Matt and Carolyn also saw a wild turkey while weeding to bring the August observable bird species count to 58.