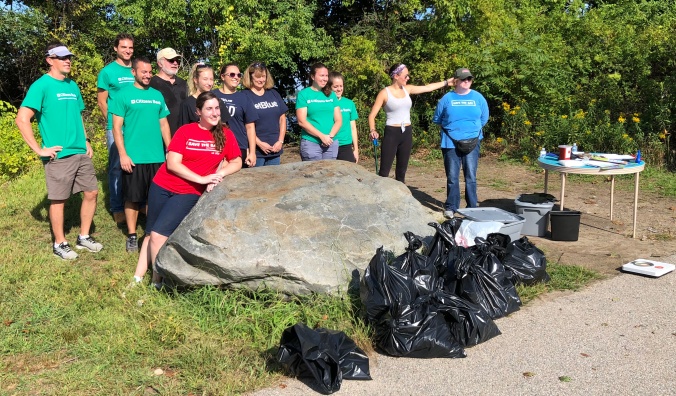 On September 11, Save the Bay provided volunteers from Citizens Bank and Jet Blue to clean up Salter Grove. FoSG led the effort with significant help from two STB interns.

The cleanup was part of the International Coastal Cleanup sponsored by the Ocean Conservancy in Washington DC. Each three-person team filled in detailed data cards that the interns aggregated so it could be sent on to the Conservancy for their annual state of the ocean report. A volunteer who does cleanups regularly said that Salter Grove is unusually clean compared to other parks around the Bay.

Read the story about this in the Warwick Beacon here.