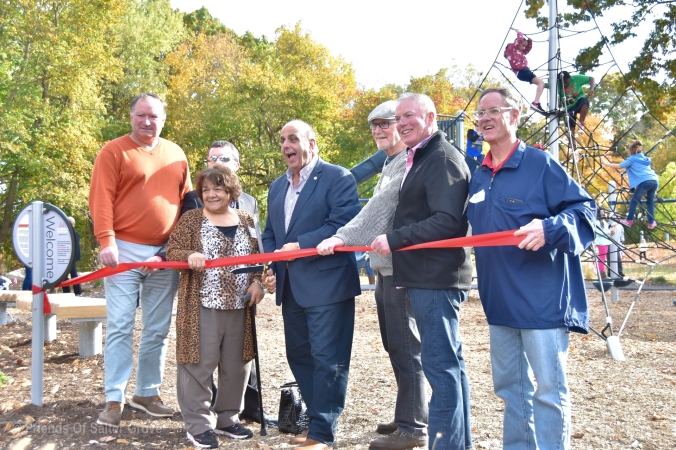 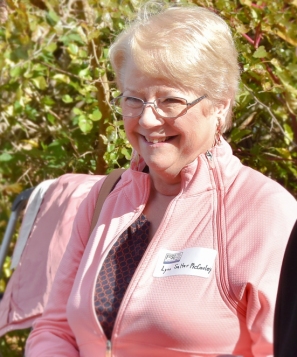 Lynn Salter McCauley was FoSG’s delightful special guest for this neighborhood celebration, providing a link to the park’s naming after her grandfather. The photo below is from a sign unveiling event in May 1967 with (L-to-R) Warren L. Salter (Lynn’s father), Olive Salter (Lynn’s grandmother), and RI Governor John Chafee. 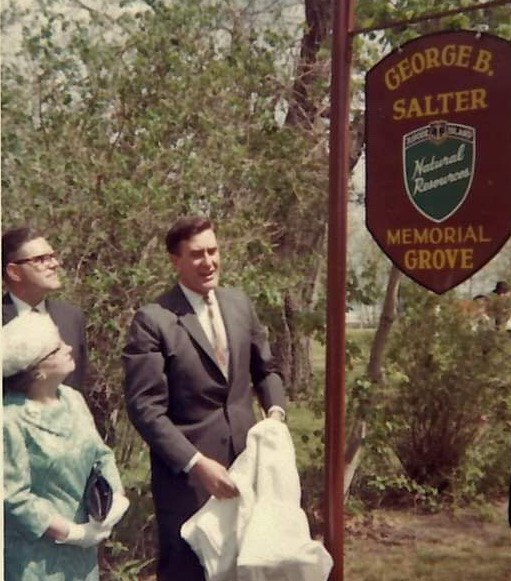 The new playground got a real workout, with spillover to its ADA path. 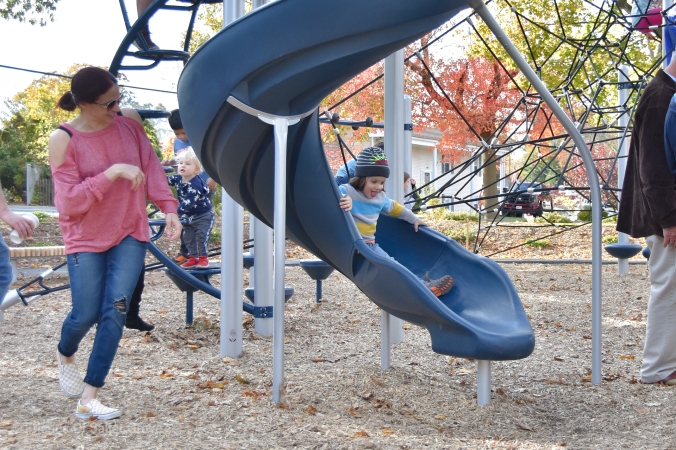 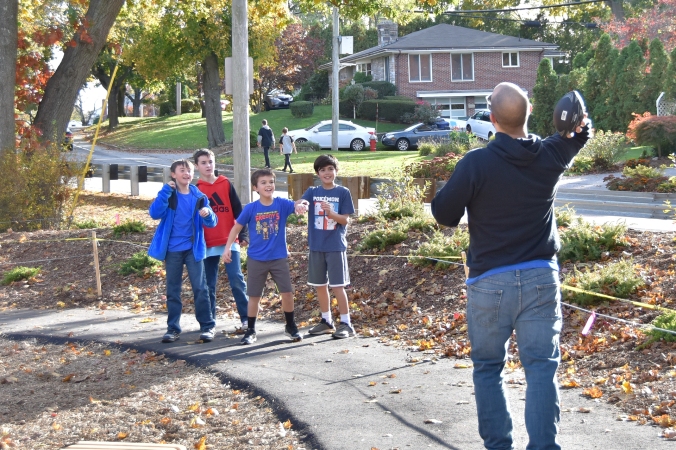 Entertainment was provided by Salter’s Groove, whose music proved irresistible to
performance artists joining them onstage. The band members grew up having fun in the park and now bring their own children to do the same. 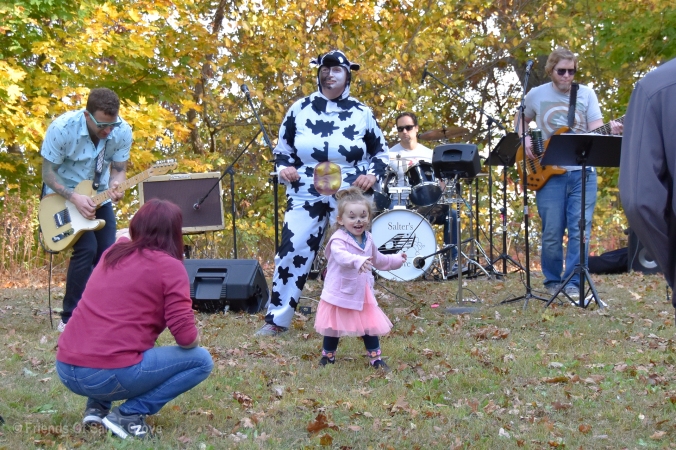 Megan DiPrete, Chief of Planning & Development at RIDEM, addressed a crowd of 200 and expressed pleasure with how the new playground and repaired causeway, funded with grants administered by her agency, have elevated usage of the park and made it more accessible. 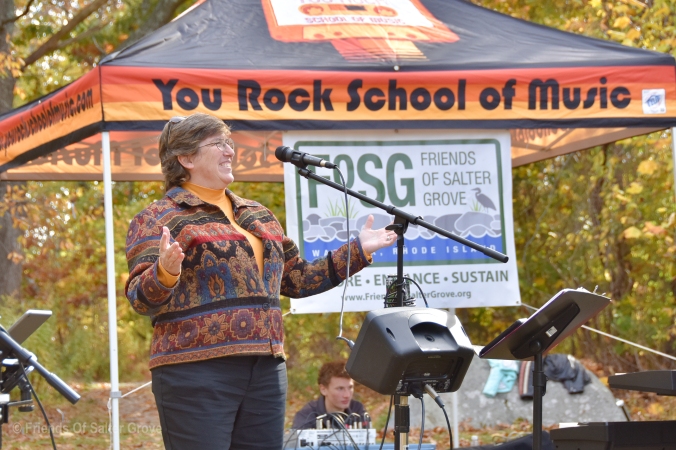 Alexandra Dickinson shared a moment after painting the face of a younger friend. 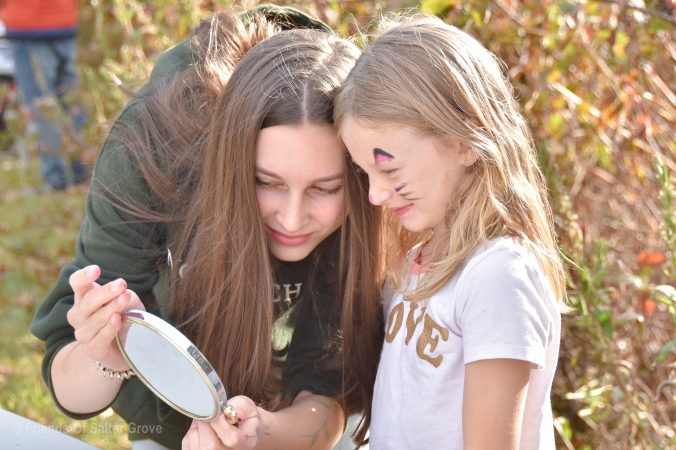 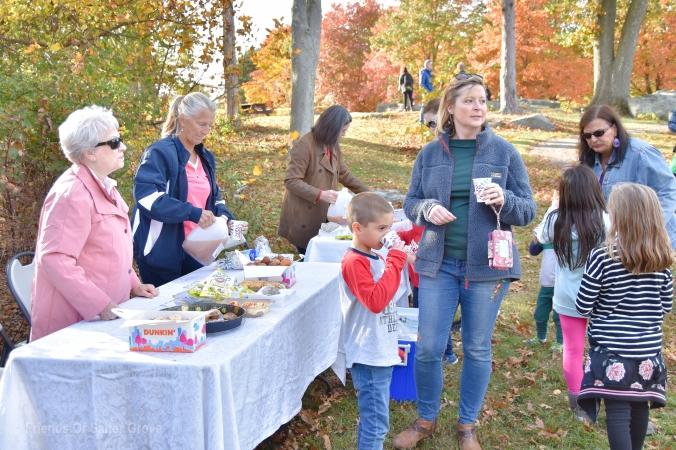 Thanks to your generous donations and grants, acknowledged in this dedication plaque, FoSG raised $33,000 for the new playground to supplement the $100,000 RIDEM Recreation grant and the City of Warwick’s $25,000 in-kind contribution. 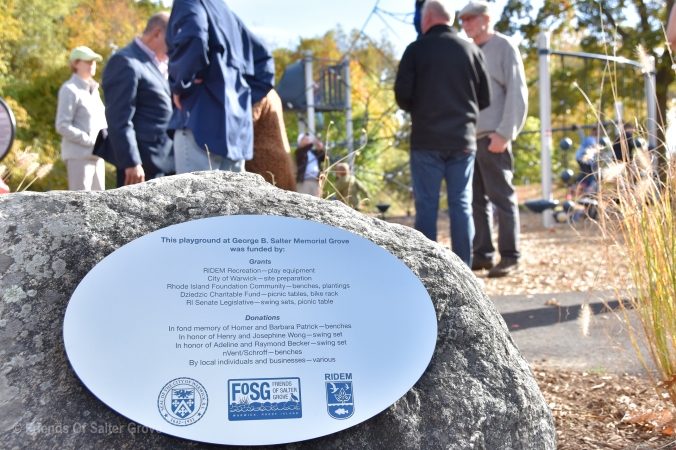 “This playground will stand as a symbol for years to come as an example of what good things can happen when we work together.”
— Warwick Mayor Joseph Solomon

Now, there is more to do. FoSG will next focus on enhancing the educational and scientific value of Salter Grove while promoting multi-generational conservation efforts. Data from on-going studies of birds and plants will form the basis of a nature trail and an associated smartphone-accessible website. Donations ($250.16) for this initiative were collected at the celebration. Interested individuals who missed this opportunity to contribute are encouraged to make donations online.

Additional coverage of this event is available on Cecilia’s Fun Channel, The Providence Journal, Warwick Beacon, and the Warwick Post.

You can see more photos from the event below, taken by FoSG member Jason Major (click for larger versions): 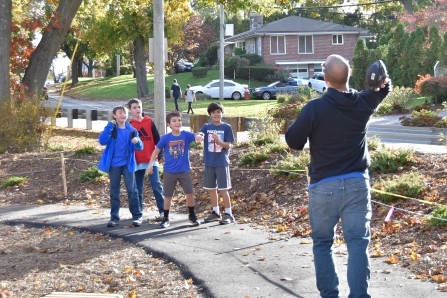 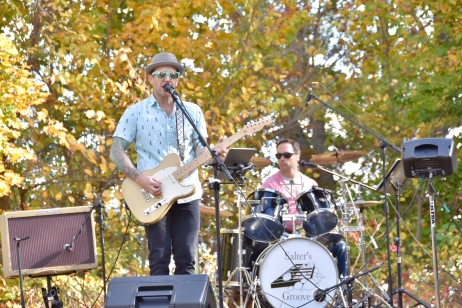 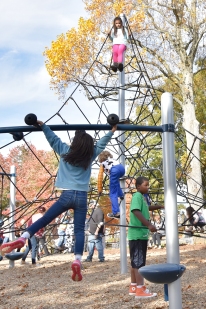 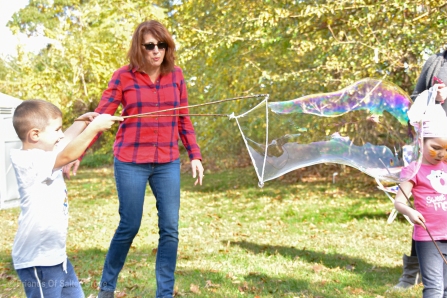 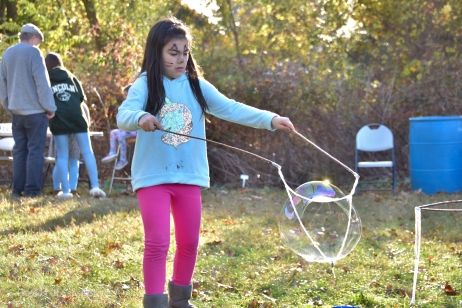 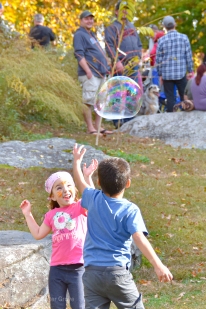 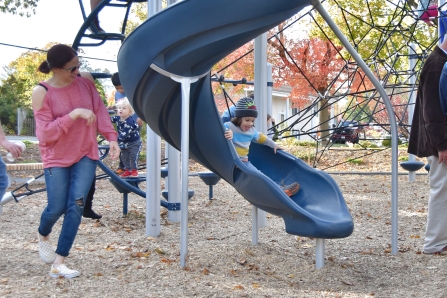 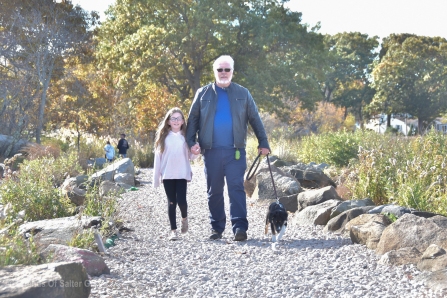 Thanks to everyone who joined us!